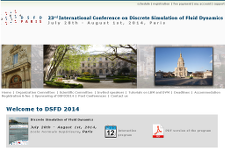 The DSFD series of conferences originated with the historic 1986 Los Alamos conference organized by Gary D. Doolen. Since that time, the DSFD conferences have emerged as the premiere forum for researchers in the field, and many exciting new discoveries in lattice models of fluid dynamics have been first announced at DSFD conferences. 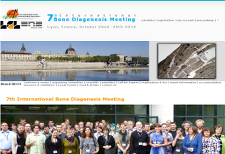 Since 1988, the purpose of the Bone Diagenesis meetings is to bring together scientists from different disciplines such as archaeology, anthropology, palaeontology, palaeobiology, geochemistry, radiometric dating, mineralogy, genetics, forensics, taphonomy, etc. working on ancient bones and teeth as archives to reconstruct the behaviour and life history of vertebrates as well as their environment and taphonomy. Basic and applied aspects of bone diagenesis are covered spanning a wide temporal range, from the Paleozoic to modern times. 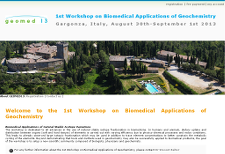 The workshop is dedicated to all advances in the use of natural stable isotope fractionation in biomedicine. In humans and animals, dietary uptake and distribution between organs (soft and hard tissues) of elements is carried out with varying efficiency due to physico-chemical processes and redox conditions. This leads to already observed large isotopic fractionation which may be used in addition to trace element concentrations to better constrain the metabolic cycling of the elements. Beyond demonstrating that tools and methods used in geochemistry may also be successfully applied to biomedical problems, the goal of the workshop is to setup a new scientific community composed of biologists, physicians and geochemists. 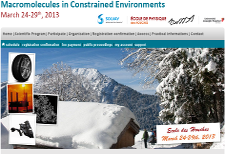 The aim of the conference is to bring together researchers from different origins (academic and industrial) and different disciplines (chemistry, physic-chemistry, physics...) in order to tackle the question of the consequences of confinement and constrained environments on the physical properties of the materials. 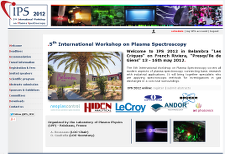 The 5th International Workshop on Plasma Spectroscopy covers all modern aspects of plasma spectroscopy connecting basic research with industrial applications. It will bring together specialists who are applying spectroscopic methods for investigations in gas discharges in a convivial surroundings.